Welcome to the website of Anna Koetse - teddy bear maker, painter and designer. Feel free to browse around. For any questions or comments, please leave your message in the contact field. 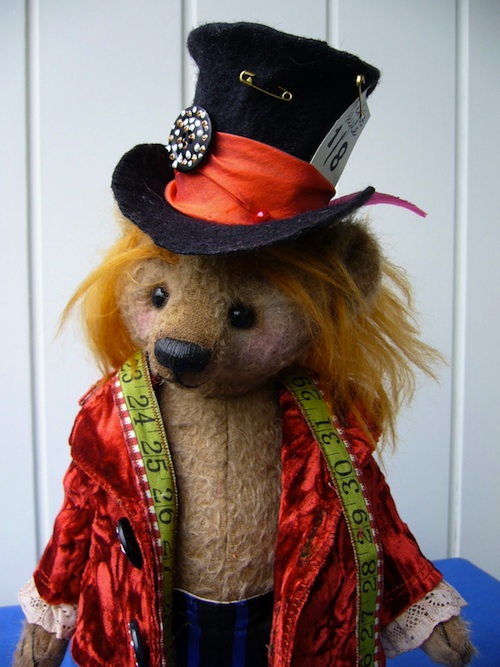 Last year I designed bear Alice especially for Teddy Bears of Witney, and for the new catalogue 2010/2011 I have made this character, the Mad Hatter. I started to make the hat, measured the head of the bear and made a sample of thick paper untill I was completely satisfied which the height and the width. Then I made the hat again of black felt and stiffened it and gave it some decorations. Designing the trousers was next. I wanted it to be wide at the seam, fabric is silk. Jacket is made from very nice crunched velvet which I bought in Paris a while ago. And the finishing touch is the tape measure, which I made from cotton. It was fun working with this guy, hope you like him too.